Catalonia, the Costa Blanca, Andalusia, the Portuguese coastline... A cruise around the Iberian Peninsula is brimming with possibilities, between the bustling coastal cities of Lisbon, Porto and Barcelona, beautiful landmarks like the Alhambra, and the fabulous beaches of the Balearic Islands. The perfect place to get away from it all!

All about cruises Spain & Portugal

Between cultural activities and natural beauty, a cruise to the Iberian Peninsula has something for everyone. Not to mention the radiant sunshine! From the Portuguese coast to the Balearic Islands, each stop is packed with fascinating sights and surprising excursions. The following gems should appear on every traveller's to-do list.

From Portugal to the Balearic Islands, a cruise to the Iberian Peninsula is a journey through the rich history of the great 16th-century southern powers, where Mediterranean culture meets Moorish influences. From legends to traditional dishes and songs, you can soak up plenty of culture in sunny Southern Europe. 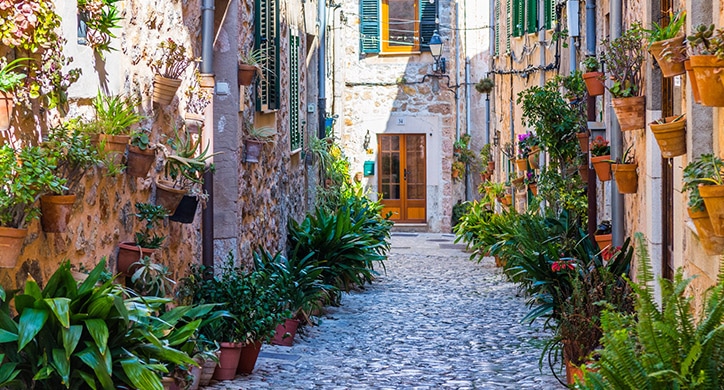 Between cultural activities and natural beauty, a cruise to the Iberian Peninsula has something for everyone. Not to mention the radiant sunshine! From the Portuguese coast to the Balearic Islands, each stop is packed with fascinating sights and surprising excursions. The following gems should appear on every traveller's to-do list. 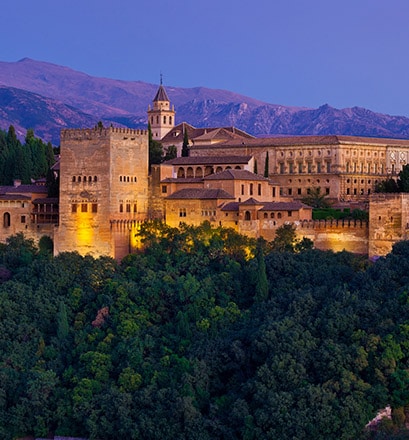 Discover the secrets of the Alhambra at night - Spain

Creating a majestic silhouette against the Sierra Nevada, the Alhambra is perched high above the trees. The palace is illuminated at nightfall, offering visitors a spectacle straight out of One Thousand and One Nights. The ultimate example of Moorish refinement and 15th-century craftsmanship, the palace features a series of gardens and fountains, arcades and courtyards. This harmonious structure is made up of many architectural splendours, including the Generalife, a small summer palace, the Hall of the Ambassadors and the Court of the Lions.

The Portuguese capital is home to many historic monuments, offering a fascinating insight into Portugal's colonial era. Several of these iconic landmarks are located in Belém, also known as the neighbourhood of Discoveries. For example, the caravels used to set sail in search of new shores from Belém Tower. This neighbourhood is also known for the magnificent Jerónimos Monastery, the National Coach Museum and the Monument to the Discoveries.

Discover the lesser-known side of Mallorca - The Balearic Islands

Mallorca, the most famous island in the Balearics, is also home to the capital city of Palma and its imposing cathedral. The city has its charms, but the island's smaller villages offer something quite special. Hidden away in a verdant valley, Valldemossa is known for its stone houses with green shutters, shady streets decorated with plants and its Carthusian monastery. Built in the 14th century by King Martin I of Aragon, it was once the love nest of author George Sand and composer Frédéric Chopin. The small church within the monastery is also famous for its frescoes painted by Goya's brother-in-law. 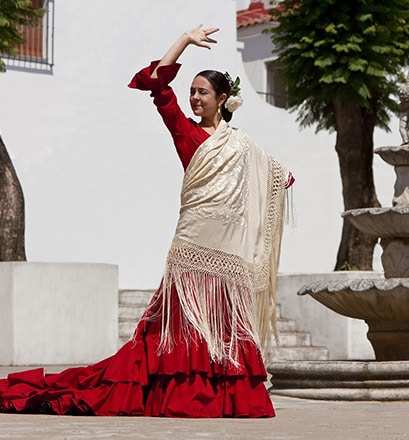 If you are stopping in Cadiz, be sure to make the most of your time in the jewel of Andalusia. Genovés Park, one of the city's main landmarks, the Castle of Santa Catalina, La Caleta Beach, the medieval quarter of El Pópulo, Plaza de Mina and the New Cathedral are all well worth a visit. It is also the perfect opportunity to enjoy a lively yet mesmerising flamenco performance. 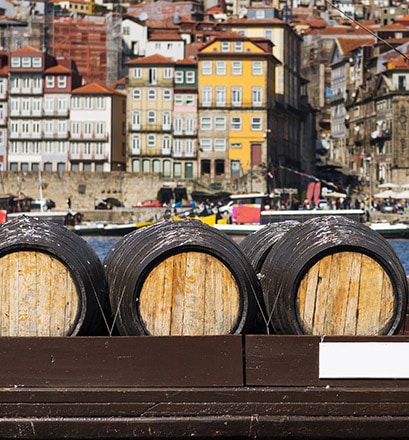 On the banks of the Douro, facing the city, lie the port wine cellars of Porto, including the world-famous Taylor's. Founded in 1692, it is one of the oldest port wine houses in the region, renowned for its vintage port. The company owns the Vargellas, Terra Feita and Junco vineyards, ensuring access to the highest-quality grapes.

From Portugal to the Balearic Islands, a cruise to the Iberian Peninsula is a journey through the rich history of the great 16th-century southern powers, where Mediterranean culture meets Moorish influences. From legends to traditional dishes and songs, you can soak up plenty of culture in sunny Southern Europe.

Dos. It is common practice in Spain to use the informal you (tú) from the first time you meet someone. Using the formal you (usted) can be perceived as insulting. It is also normal to kiss as a greeting, even if you do not know each other.

Don'ts. Spanish people like to dress to impress, especially during their pre-dinner walk, known as the paseo. Sloppy outfits are a no-go.

When it was built in Lisbon in 1519, the Belém Tower was in the middle of the Tagus. It was created to protect the mouth of the river, as well as the Jerónimos Monastery, two strategic points of entry to the city. During the earthquake that devastated the Portuguese capital in 1755, the bed of the Tagus shifted and the tower ended up on the banks of the river.

Hello / Good evening: Buenos días / Buenas tardes
Goodbye: Adios
Welcome: Bienvenido
Excuse me / please: Por favor
Thank you: Gracias
Yes / no: Sí / No
How are you?: ¿Cómo estas?
Very well, thank you, and you?: ¿Muy bien, gracias, y usted?
My name is...: Me llamo… *
*Although this guide also covers Portugal, we chose to focus on Spanish vocabulary.

An iconic Spanish dish, paella originated in Valencia. In the 18th century, it was prepared with rice from the nearby Albufera lagoon and meat from farmyard animals (chicken, rabbit, duck), finished with tomatoes, beans, sweet peppers and saffron. Some paella purists disagree with the addition of seafood, although it has become fairly standard. This version is known as paella de marisco.

Legend has it that Ulysses founded the city of Lisbon by agreeing to become the king and prisoner of its half-woman, half-snake queen. After several years under her thumb, he longed to return to the sea and devised a trick to escape his sovereign. While attempting to pursue him, the creature became so contorted that she died. It is said that her undulating body created the seven hills that surround the city.

The documentary The Silence of Others (directed by Robert Bahar and Almudena Carracedo, released in February 2019) gives a voice to the victims of the Franco dictatorship, calling the infamous "Pact of Forgetting" into question. Passed in 1977, two years after the death of Franco, this amnesty law plunged Spain into a sort of "amnesia", forcing the victims to stay silent and letting their persecutors remain free. However, many citizens have condemned this practice in recent years, even turning to the Argentine justice system.

Book. When The Tales of the Alhambra were first published in 1832, Granada's famous palace was almost abandoned. It was so unpopular with tourists the American author, Washington Irving, was allowed to live there for several months. He wrote the book while residing in the palace, weaving his own travelogue with fantastic tales about the place and its people. More profound than any travel guide, the Tales of the Alhambra plunge readers into the sumptuous surroundings of a forgotten Andalusia, located at the crossroads of civilisation.

Music. A popular song full of nostalgia and hope, the Portuguese fado recounts the lost loves, sorrow, and melancholy of the olden days, accompanied by stringed instruments. Originating in the working-class neighbourhoods of Lisbon, this style of music gradually gained popularity among the bourgeoisie and spread throughout Portuguese society. The fado was added to the UNESCO Intangible Cultural Heritage List in 2011.

Film. No discussion of Spanish cinema is complete without Pedro Almodóvar. The filmmaker presented his most recent film, Pain and Glory, at Cannes in May 2019. This semi-autobiographical work is a poignant addition to Almodóvar's extensive filmography, including High Heels, All About My Mother, Volver and Talk to Her, all set against a distinctly Spanish backdrop.

Located in the extreme south of Spain, Cadiz is one of the oldest cities in Europe. According to the archaeological evidence, it has been a hub of activity for at least the past 3,100 years.