The second largest country in the world after Russia, Canada offers infinite possibilities for travel. While Arctic Canada is ideal for the curious contemporary traveller in search of isolated lands, the Great Lakes will offer an amazing Indian summer. A cruise on the Saint Lawrence river or on the western Canadian coast guarantees an unparalleled getaway, with extremely beautiful natural sites and pleasant urban explorations.

All about cruises Canada

Natural wonders of Greenland and Canada

From Canada to the American East Coast

From the St. Lawrence River to the American East Coast

From Canada to the American East Coast

Vast and diverse, with both the wild beauty of nature and the energy of the cities, Canada has an infinite number of treasures to discover. Here's a spotlight on just some of the key visits and activities to enjoy during a cruise to Canada. 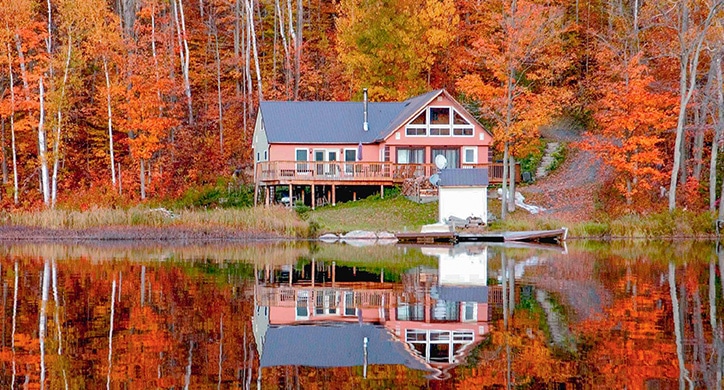 Full immersion into the heart of Quebec is guaranteed with this practical guide and information on how to best enjoy your cruise in Canada.

Vast and diverse, with both the wild beauty of nature and the energy of the cities, Canada has an infinite number of treasures to discover. Here's a spotlight on just some of the key visits and activities to enjoy during a cruise to Canada.

Tadoussac. This little Quebec village with 800 inhabitants may have remained unknown for many more years, were it not for its strategic position at the confluence of the River Saguenay and the Saint Lawrence maritime estuary, frequented by around a dozen species of whales. Rorquals (the common minke whale, humpback whale, fin whale and blue whale) and beluga whales find the ideal concentration of krill and small fish to feed on here. It is therefore common to see specimens of two or three species spurting out water and accompanying the ZodiacsⓇ that come to observe them. 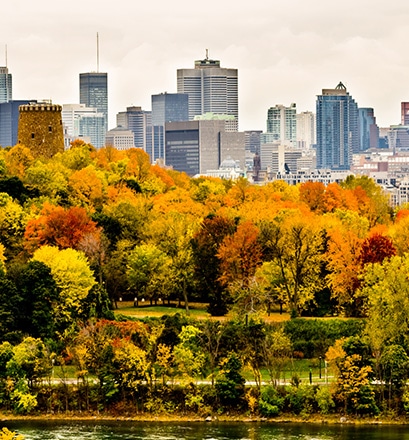 Eclectic Montreal, vibrant Montreal, surprising Montreal. The second largest city in Canada has a rich heritage and a pleasant atmosphere. It would be impossible to think of missing the Old Town with its paved streets, architecture dating back to 1685 and the Notre-Dame Basilica, a striking example of a Neo-Gothic building. St Joseph's Oratory, the largest Catholic pilgrimage site in the world, is also an essential visit. There is an exceptional Rudolf von Beckerath organ there, considered to be one of the ten most prestigious in the world. And finally, a stop at the Jean-Talon market, the largest in North America, will intoxicate the senses with its stalls full of local produce of all kinds.

A stroll through Quebec - Quebec

The most European of all North American cities welcomes travellers to its enchanting setting. Inspired by French châteaux and now the most photographed hotel in the world, the Château Frontenac overlooks the Saint Lawrence River in all its splendour. At its foot, the Dufferin Terrace, a huge wooden boardwalk, allows you to admire the view over the river and Quebec's Lower Town. After taking the funicular that links the Upper and Lower Town, it is pleasant to explore the Petit-Champlain district, with paved pedestrian street and the iconic Royal Square with its beautiful stone buildings where the rich merchants lived, as well as the Notre-Dame-des-Victoires church, the oldest Catholic church in North America.

Toronto is Canada's largest city and the most multicultural as well. To such an extent, it is nicknamed the 'world city' with Chinese, Indian and Pakistani districts, Kensington with its South American, Eastern European and Jamaican produce market and much more. The diversity can be found in the dishes of the numerous restaurants and cafes in the historic centre. Theatres, art galleries, and museums, such as the Ontario Royal Museum, are a reminder of the cultural proliferation of the city. The iconic CN tower offers a 360° over this fascinating metropolis.

Relive the history of Quebec - Quebec

History enthusiasts will appreciate the show La Fabuleuse Histoire d’un Royaume, presented by around one hundred voluntary actors from the Saguenay Lac-Saint-Jean area. On the stage, in historical costume, they retrace the history of Quebec, from its discovery by the explorer Jacques Cartier at the beginning of the 16th century, through colonisation and the great fire of 1870, up to very recent events 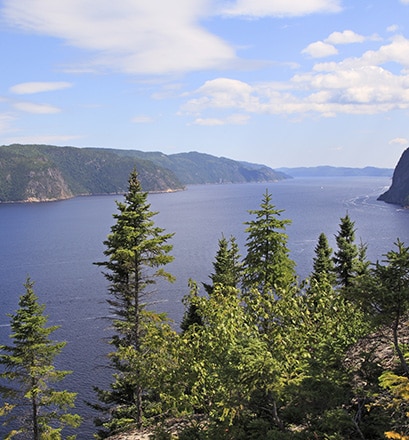 A land extension of the Saguenay-Saint-Laurent marine park, the Fjord-du-Saguenay National Park is the area surrounding this immense valley of water. Particularly appreciated by hikers, it offers a vast network of paths with breathtaking views over different bays of the fjord and the surrounding topography. In autumn, the contrast between the water and the golden colours of the vegetation is striking.

Full immersion into the heart of Quebec is guaranteed with this practical guide and information on how to best enjoy your cruise in Canada.

Things to do. Civility and calmness are the values that are much appreciated in Canada and the USA. If you are not satisfied with a service, it is best not to shout, but to try to find a solution through discussion.
Don'ts. In Canada, smoking is forbidden in all public places such as parks, cafés, and restaurant terraces.

Poutine, a plate of French fries covered with melted cheddar and gravy, is not Quebec's only speciality. Other dishes (often quite rich) help the locals face the sometimes glacial temperatures. Thus, you can find baked beans in lard, a dish made of white or black beans mixed with lard, onions, molasses and maple syrup or 'tourtière'. This is a pie made with beef or pork and spices. A smoked meat sandwich, typical of Montreal, will satisfy as a snack or lunch on the go.

Bonhomme de Sept-Heures is the Quebec version of Old Man Whipper or the Bogeyman. According to legend, this character, half-man, half-evil spirit, steals children who are still awake past 7pm. He's invisible and on All Saints Day he enters the houses of families who do not observe the Feast of the Dead to locate his next prey.

Books. The novel Maria Chapdelaine, by the Quebecois Louis Hémon, published in French in 1913, traces the difficult life of the French Canadian pioneers on the banks of the Lac Saint-Jean. A young woman from one of these settler families, must imagine the life that she wants to live, by choosing one of her three suitors: a woodsman attached to his forest, a Canadian city dweller exiled from the US, or a land clearer like her own father.

Music. Quebec folklore includes songs that have been transmitted orally since the 17th century and recount the everyday life of French Canadians. The lyrics are often sung by a choir and accompanied by an accordion, a guitar and a violin. These instruments also act as percussion for rhythmic dances with tap shoes.

Film. With bare feet at daybreak, the tender tale of Félix Leclerc, aged 12, whose family settled in Mauricie, on the edge of the wild Canadian lands not yet explored or inhabited by the settlers. With his friend Fidor, Félix has a wild time but also learns about life: family ties, exploring the world, adults, love. All this is set against the backdrop of an immaculate, pure Quebec.

The only outflow of the Great Lakes, the Saint Lawrence River has a drainage basin that represents 25% of the world's freshwater reserves.